The festival of the straw bear is an ancient custom in many English towns, but in Whittlesey ( on the Fenns) it is still celebrated today. Starting on Plough Monday (the first Monday after twelfth night) one of the locals was outfitted head to foot in straw and danced from house to house in exchange for gifts of money, food or more importantly beer. The custom died out at the beginning of the 20th century, but was resurrected by the Whittlesea Society in 1980. These days the straw bear is accompanied by locals painting their faces green and black while other strange costumes on display include a 7 ft chicken, a patchwork rag suit , a huge array of original hats and alot of morris dancing. 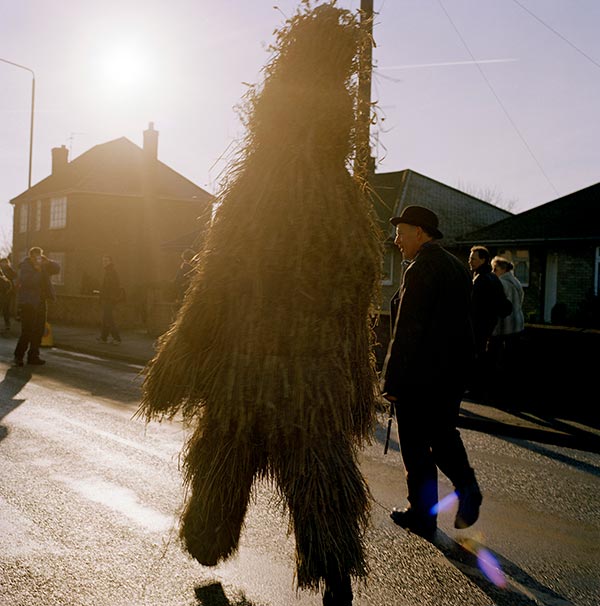