Its over thirty years (1978) since the Chinese government brought in the One Child Policy in a bid to control the world’s biggest, growing population.
Historically, couples were only allowed to have one child unless they wanted to face hefty fines, or even prison. The policy has been relaxed over the years – for example couples living in rural areas, were allowed to have two as well as disabled people and some ethnic minorities – but no change has been as significant as the latest move forward, which means that couples where only one parent is an only child, can now have two children. Considering the policy was brought in thirty-five years ago, this will probably mean most couples, resulting in a huge leap forward for China and its human rights.

There is no arguing that the policy has done its job – there are 1.4 billion people in China which still makes it the most populated country in the world – but it is a far cry from the predicted 2 billion before the policy was implemented. However, it has come under great scrutiny, particularly by the West for human rights abuses and harrowing reports of mass sterilization and forced abortions have become commonplace.

Whilst undoubtedly these still go on, what we found when we travelled across four provinces to interview one-child families was something unexpected: Yes, there are couples who will do anything to get round the policy (moving provinces to have their illegal babies, travelling from mainland China to Hong Kong…) but acceptance of the policy was the norm, and even if people were eligible to have more, they only wanted one child: the poor welcomed the limit for economic reasons and the middle-classes saw it as a lifestyle choice.

Statistics support this discovery. A 2008 survey by the Pew Research Center found more than 76 percent of the Chinese population supports the population control policy.

It is expensive to raise children in China but also, as a country on the cusp of becoming the word’s biggest superpower, it is a highly competitive society and people don’t have the resources to have lots of children.

Still, sociologically, the cracks are beginning to show: an ageing population with only children left to care for relatives; a surfeit of 30 million men by 2020, leaving the authorities worried about a surge in disaffected, violent single men, a nation of little emperors lacking in social skills. The Census published in April 2011 show that in 2010, there were 118 new born boys for every 100 girls and experts predict that the policy will soon have to change – in certain provinces, the rules have already beeng relaxed.

Wang Feng (director of the Brookings-Tsinghua Centre for Public Policy) and a leading demographer on the One Child Policy, has long argued ( now significantly it seems) that the one-child policy should go. “The target reductions in fertility rates were reached long ago. Current rates are unsustainable.” he says. “The time has come for the first big step: a switch to a two-child policy.” It seems his call for change; has been heard.

But what will be the challenges of turning back a thirty-year mind-set? Has having one child simply become embedded in the national psyche? Plenty of commentators think the change in policy is to little to late; arguing that the demographic time bomb of an ageing population and a shrinking work force will derail China’s economy.

This report looks for the truth by talking in person to China’s One child families. 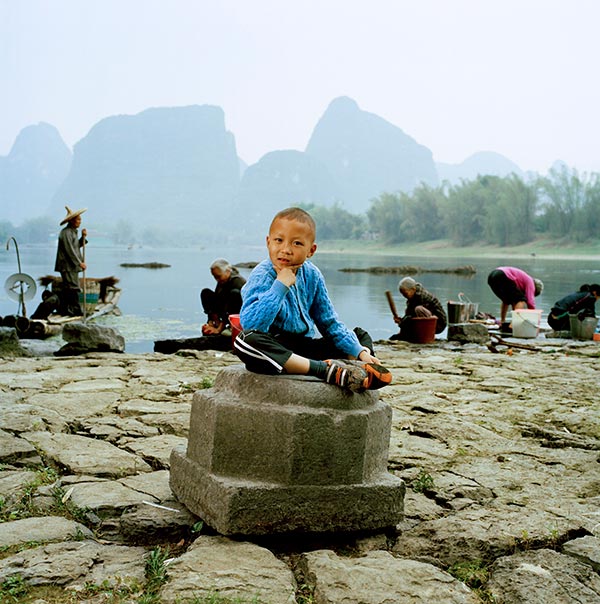