When the Ashes took place in 2005 two surprising things happened England won for the first time in 18 years and the England supporters went slightly mad not just at the end after the victory but through out the summer. The English players were buoyed to victory alongside waves of exuberance: “ The support has been very intense and it certainly driven us to play some very good cricket’ It has been like having an extra Player in the crowd”. England captain Michael Vaughn said afterwards.

For Decades the most likely sounds at the Oval or Lords would have been the rustling of the Telegraph newspaper., the gentle sound of a popping cork or polite applause as a batsman reaches fifty. More recently the sounds of a new style of fan has taken centre stage: singing led by a trumpeter and chanting fuelled by lager are beginning to dominate. And for some bizarre reason fans have started to dress up: as Mexicans, Super heroes and even other cricket players like Ian Botham. Judging by the amount fans , in costume at just one match, this new barmy style of fan, it seems, is here to stay.

All these pictures were taken at the last test of the summer, England v Pakistan (third day of the Fourth test), July 06, the day before the ball tampering scandal. 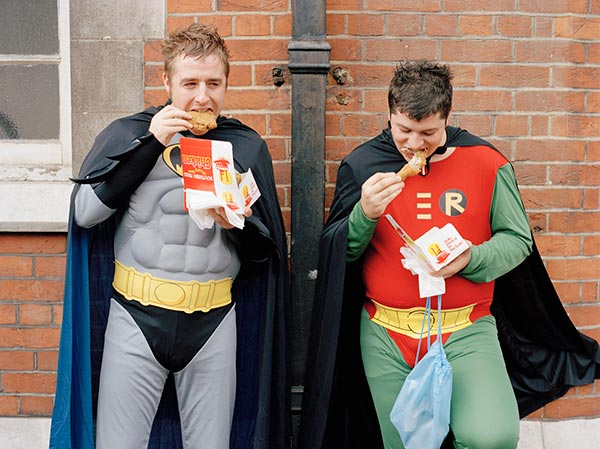