Well over a decade from my initiation into the world of Club 18-30 holidays , and the memory is still etched on my brain.

It was my first night photographing the antics of one particular tour group and we were off on the first ‘excursion’ of the week. Disembarking off the coach into a restaurant, I assumed I was safe enough. In fact, I was looking forward to something to bolster me for the evenings’ activities. However, within half an hour, I was surrounded, as I attempted to politely chew on some gnarled chicken and baked potato (staple diet of 18-30s), by two coach loads of chanting holiday makers downing jugs of Sangria and bringing them back up with their undigested dinner.

As a photographer working in the youth market, it was inevitable I would find myself on assignments in the likes of San Antonio and Ibiza and having always found time for my own work, the Club 18-30s phenomenon has been something I have been irresistibly drawn to.

From the notorious Club 18-30s ‘excursion’ to the rigorous training weekend for rep wannabes, the super-kitsch antics of Britain’s number one youth tour operator there was always going to be something to photograph.

These pictures encapsulate my experience of the phenomenon that is, Club 18-30s. 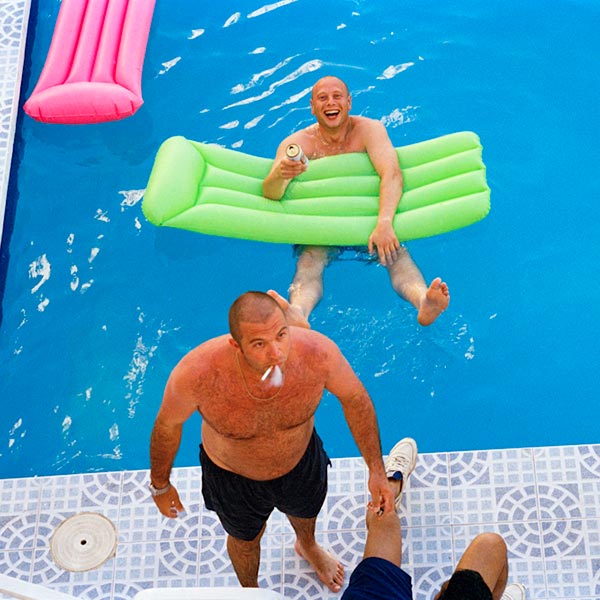